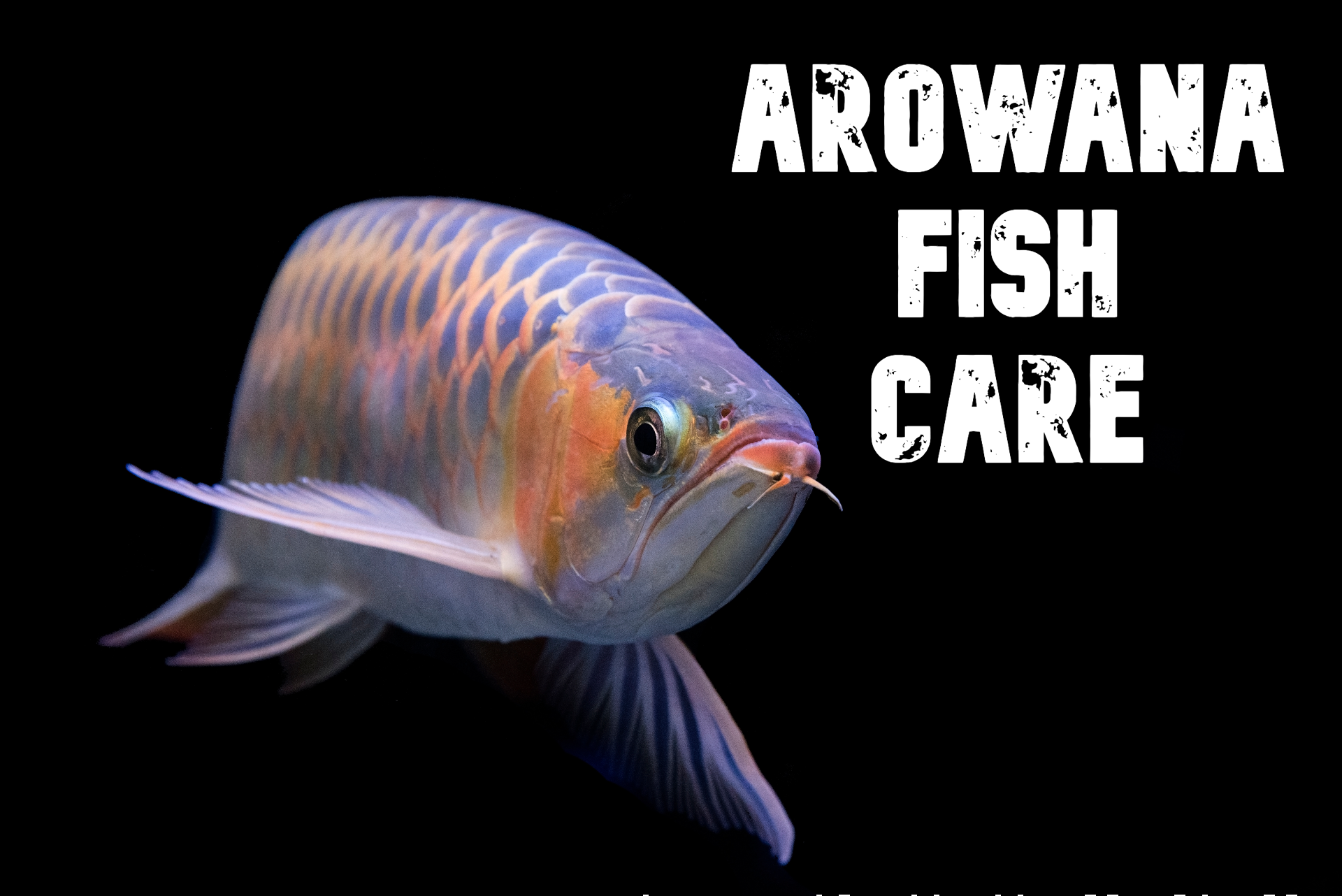 Arowana are large fish that can grow up to three feet in captivity. Because of their size, they need a large tank of 240 gallons or more. They are carnivorous but they will also eat insects. Sometimes they are referred to as Dragon Fish. They can be expensive, especially when they are fully grown.

If you are wanting to learn more about the care of Arowana fish, keep reading!

Arowana’s are large fish with big scales and spiky fins. The ones that are legal in the United States are typically silver with darker scales towards the top of the body. They are also known as Dragon Fish or Monkey Fish.

When they are young, they are about two to seven inches long. They can grow to be a foot long within a few months and will eventually grow up to three feet long! Their lifespan is ten to fifteen years if taken care of properly.

Arowana’s come from the osteoglossidae family and can be found in South America, Southeast Asia, and Australia. They are freshwater fish and are highly predatory. This type of fish is one of the most sought-after freshwater fish. Arowanas are considered lucky because they resemble Chinese dragon.

A distinctive characteristic of Arowana in its mouth. As surface feeders, their mouths are high up on their bodies. They also have two barbells that reach out from the mouth, off the lower lip.

Below is a chart showing which of these fish are legal in the United States and which are not.

Most Arowana are illegal because of the concern that species from around the world, such as Asian Arowanas, would get out and could outcompete the population of say, South American Arowanas. Since they are predators, it is safer to keep them in their own region so one species does not overrun the others.

Before buying an Arowana, make sure you are doing your research first.

Most of the Asian Arowana are brightly colored and beautiful.

Arowanas are carnivorous, so they eat smaller fish and insects.

In their natural habitat, they live in the plains, so they eat insects and small animals. They even eat small birds if given the chance. Arowanas also like to jump to get their prey, so they can jump up to three feet in the air to get a bug or other creature off of a tree limb. See it in action in the video below.

Depending on the fish, it may not eat anything that is not living, so pellets might not work for it. Insects are the best option for these fish, but they will also take feeder fish, snails, crabs, frogs, and shrimp. Arowanas are surface feeders, so worms, insects, and larvae are also great options.

Young fish should be fed twice a day, while older ones can be moved down to one meal a day. You do not have to worry about overfeeding your Arowana because they usually ignore food when they are full.

Make sure to remove any access food after your Arowana is done eating to keep the tank clean.

If your Arowana accepts pellets, you can feed your fish them, but make sure they are getting enough protein in their diet.

Fun fact: in the wild, Arowana feed a lot during flood season because the water is higher and they are able to reach tree limbs that have insects on them.

The recommended tank size for grown Arowanas is 240 gallons. When they are younger, you can start with a 60-75 gallon tank, but since they can grow quickly, you will have to move them to a larger tank soon. Also, the glass on the tank should be at least half an inch thick. If it is thinner, your Arowana can break through the glass.

It is important to remember that these fish can jump, so your tank should be set up in a way to protect your fish from jumping out of the tank. A tight lid or cover should do the trick.

Since Arowanas are aggressive fish, they will enjoy a strong current in their tank that can be provided by a filter. Also, since they are bigger fish, they will need a strong filter to keep the water clean. Frequent water changes also help keep the tank clean.

Rocks and live plants are good for the aquarium because they will help your fish feel at home and gives them hiding places if they are nervous. Keep some room for swimming though, as they are active.

Except for silver and black Arowanas, all Arowanas are aggressive and territorial. They will even kill their own kind. Since they are aggressive, experts find introducing the Arowana to the tank first will help them feel calm when other fish are introduced into the tank.

There is usually only one Arowana in a tank, but other fish can be added to the tank. Here are some of the tank mate options:

It might be a bad idea to introduce another monster fish to the tank because it could cause issues with your Arowana.

How to Keep Your Arowana Healthy

Keeping the tank water clean is the most important thing when it comes to fish health. By checking the water daily and keeping it clean, your pet will stay healthy.

Arowanas can have eye issues if they do not have a proper diet of protein and live foods. Some people have discovered that feeding your Arowana fatty foods and non-living foods can affect their eyes. A healthy diet of prey will keep your fish happy and healthy.

Some other diseases that are common with any tropical fish are ick or ulcers. A veterinarian will be able to help with those issues. Keep an eye on your Arowanas scales to check for diseases.

How to Buy Arowana and Their Cost

Since Arowana are highly sought-after, they can be incredibly expensive. According to Rusty’s Reefs in West Bountiful, Utah, their Arowanas range from $60-$1,000 depending on coloration and subspecies. Check out your local fish supplier to find the best price and type around you.

South American Arowana can be purchased at local fish stores and are very popular. Remember, anything out of Asia is illegal, so make sure to do your research before purchasing.

We hope that this post has been helpful and informative!

Why are Asian Arowana illegal?