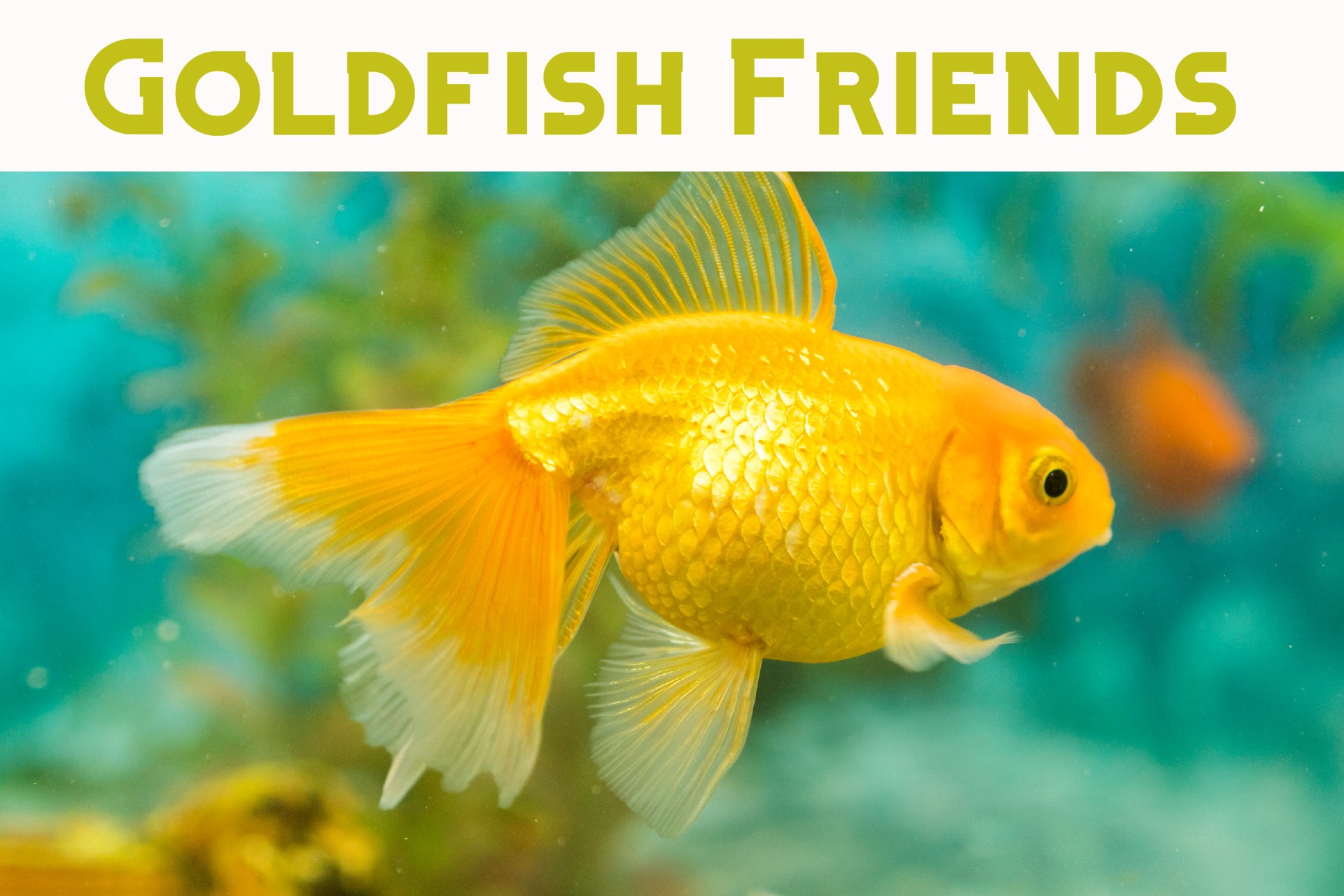 One of the most commonly owned fish, most Goldfish spend their time alone in a glorified cereal bowl. Goldfish have a lot to offer when it comes to color and appearance. Fortunately, they don’t have to do all the heavy lifting when it comes to making the tank look good.

Goldfish can coexist peacefully with quite a few kinds of freshwater fish. However, Goldfish tend to swallow anything that will fit in their mouths, so small fish will be swallowed. Additionally, Goldfish prefer colder water, so tankmates must be able to survive in a cold environment.

What are the Best Tank Mates for Goldfish?

Many of the common choices when it comes to peaceful freshwater tank mates don’t quite work well with Goldfish. Because Goldfish require a colder temperature, some of the standard tank mate choices won’t be happy in the tank and will likely die.

However, there are still some great options to pick from when choosing tank mates for your Goldfish that wouldn’t work with the standard choices!

Hillstream loaches are an incredible species of fish. Their bodies are streamlined, built to withstand the fast-moving currents of Southern Asia, and are hardy fish.

There are a number of reasons as to why Hillstream Loaches are great with Goldfish:

Similar to the Hillstream Loach, the Plecostomus is a bottom-feeding algae eater and will consume any leftover food or shed plant matter, as well as algae that crop up in your tank.

However, there are two specific breeds of Plecostomus that will work best with Goldfish: the Bristlenose Plecostomus and the Rubberlip Plecostomus.

Both breeds share the same basic traits, with the key difference being the presence of long, tentacle-like barbs on the mouth of the Bristlenose, and the lack thereof with the Rubberlip. Generally, it’s merely a matter of aesthetic preference when choosing between the two.

Neither breed will grow much larger than five inches, which is plenty of fish to avoid being swallowed by a feisty Goldfish.

The only non-Loach or Plecostomus on this list is the White Cloud Minnow, but with a caveat:

Only use White Cloud Minnows in a tank with Fancy Goldfish.

Additionally, due to White Cloud Minnows occasionally needing to escape the Goldfish, it is best to have them in a school of many and for them to be with the Goldfish in a large tank with plenty of hiding spots.

The most unique-looking fish on this list, the Dojo Loach, also known as the Weather Loach, will add some incredibly interesting variety to your tank.

Dojo Loaches are bottom dwellers and have a tendency to burrow into the substrate. Because of this, it is best to use sand or another similar small grain substrate so that the Loaches don’t scrape up their bellies on jagged edges.

Dojo Loaches tick the boxes of a good Goldfish tank mate, and looking great while doing so:

For some more insight and other options for Goldfish tank mates, YouTube channel Aquarium Co-Op has an amazing video on what he thinks are the 10 best tank mates for Goldfish.

What Makes a Good Tank Mate For Goldfish?

Goldfish love to have tank mates, sometimes a little too much and they get a bit carnivorous. Thus, there are a few important characteristics that will make a great tank mate.

Goldfish prefer a colder water environment than many other freshwater fish, with their preferred temperature environment being between 68 to 74 degrees Fahrenheit, preferring the lower end of that scale.

Tropical fish will not survive well in a tank with Goldfish, and Goldfish should not be kept with tropical fish.

The goldilocks zone for sizing your tank mates is fish that are too big to fit in a Goldfish’s mouth, but can’t fit a Goldfish in their own mouth.

Goldfish add a lot to the bioload of a tank, meaning they poop a ton. So, to counteract this, it is best to have a lot of tank space if you are thinking about adding other fish with them.

Even though Goldfish can be tricky to find proper tank mates for, there are some great options out there that won’t eat the Goldfish or get eaten by the Goldfish; just make sure you have a big enough tank for all of your wonderful fish.

Why Do My Goldfish die so Fast?

Why do Goldfish turn Black?

link to What Types of Fish can Live with Guppies?

Betta fish, which are also called Siamese Fighting fish, are among the most popular fish in the world of aquariums for a reason. They are absolutely striking, with their beautiful color diversity and...