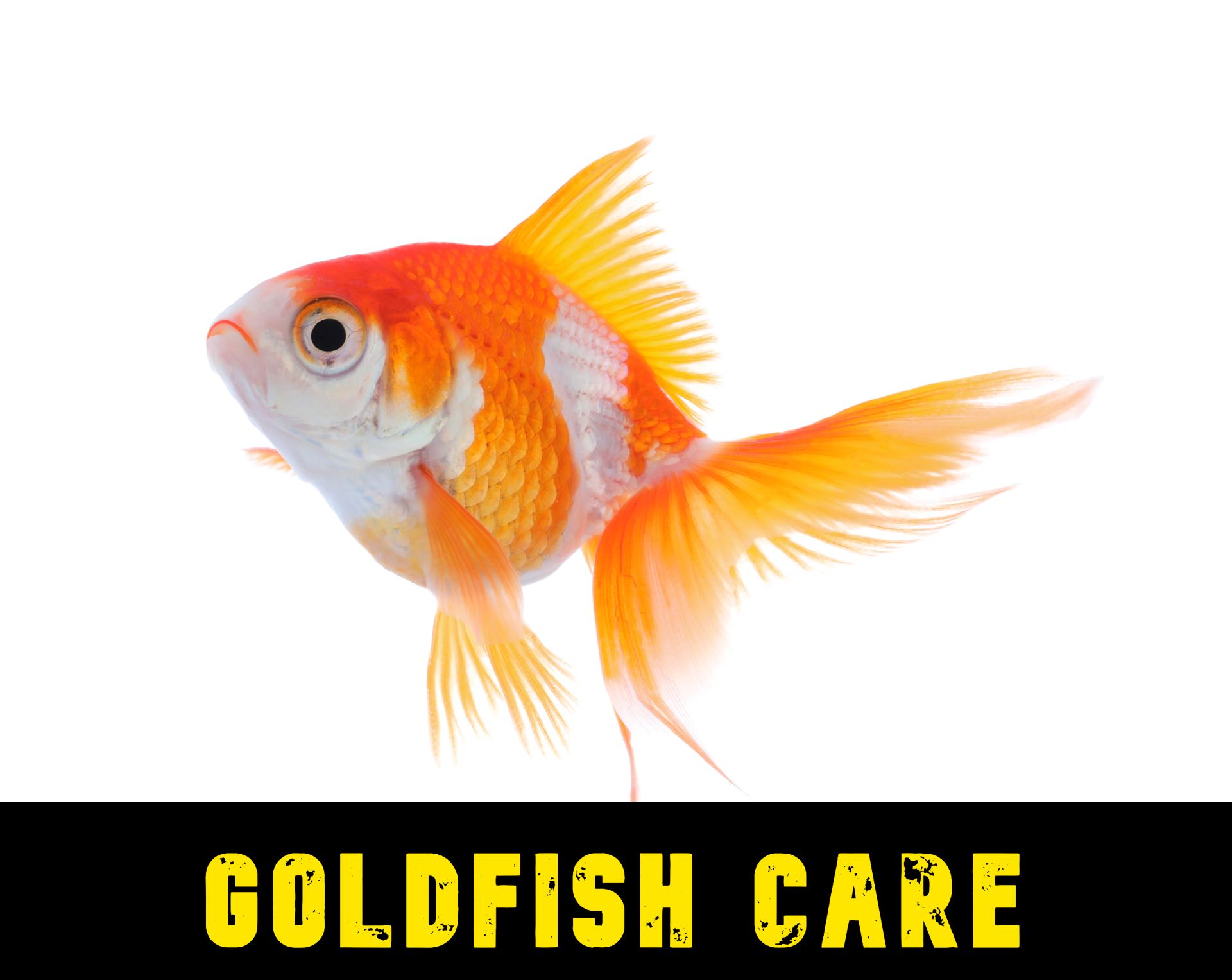 Goldfish were originally thought to be descended from the Crucian Carp, a species found widely-spread across Europe. Genetic research recently concluded that modern Goldfish are descendants of a wild carp species indigenous to Central Asia known as the Prussian Carp, Silver Prussian Carp, and Gibel Carp. This species inhabits rivers, lakes, ponds, and even ditches of stagnant or slow-moving water, where they have an omnivorous diet of plants, crustaceans, and insects.

Goldfish were developed as a species in China and were originally silver or gray in color until 265-420 A.D. when a natural genetic mutation produced fish of a yellowish-orange color. Fishkeepers began to specifically breed individuals displaying this color to produce ornamental fish for manicured garden ponds.

By the 16th century, Goldfish had spread to Japan, by the 17th century, they had been traded to countries in Europe, and by the 19th century, Goldfish had made their way to America. Over many centuries, the extensive breeding of Goldfish and selection for mutations has created numerous variations in coloration and appearance. Besides gold, color mutations of red, yellow, white, brown, black, and any combination of those have been produced. Individuals with a metallic orange sheen are most notable.

Goldfish are quite hardy, with Common Goldfish being one of the easiest species to keep. They can withstand a variety of water quality and temperatures in an aquarium or a pond. Some people even keep goldfish in tanks with no temperature control or filtration. Their hardy health and tolerance make Goldfish an excellent choice for an inexperienced aquarist.

How Long Do Goldfish Live For?

Goldfish have a life expectancy of 15 years, with cases of individuals living 20 years or more in an aquarium with excellent care and conditions.

How fast/slow should you expect your Goldfish to grow?

The growth rate of most Goldfish species is influenced by space, diet, and temperature, but is typically about 2-3 centimeters (1 inch) per year. Growth is stimulated by a higher protein diet, larger tank size, warmer temperatures, and higher water quality. Growth rate and maximum size can also be significantly impacted by an individual’s genetics.

The maximum size of a Common Goldfish greatly depends on their tank or pond size. In a 57-liter (15-gallon) tank, Goldfish reach an average size of 10 centimeters (4 inches); in a large pond Goldfish commonly reach over 30 centimeters (12 inches) in length. Some fishkeepers have even reported their Goldfish reaching lengths of 45 centimeters (18 inches) or more!

The Common Goldfish is the most prevalent type kept by fishkeepers, but there are many different breeds.

Goldfish are omnivorous, eating a wide variety of plants, crustaceans, and insects.

What do Goldfish eat in the wild?

In the wild, Goldfish feed on a wide variety of plants, detritus, small crustaceans, and insects.

What foods are recommended for Goldfish?

In an aquarium setting, Goldfish will generally eat just about anything. Fresh, frozen, and flake foods are all acceptable forms of nutrition for your Goldfish. A balanced diet should include a high-quality flake or pellet food with occasional brine shrimp, Daphnia, tubifex worms, and blood worms. Freeze-dried forms of these treats are recommended over live foods to avoid possible bacterial or parasitic infections being introduced into your tank. Here is one of my favorite goldfish foods! Fluval Bug Bites

Feed your Goldfish a high-quality flake food in small pinches several times a day. Take extra care not to overfeed or leave leftover food in the tank. Feed only as much as your Goldfish can consume in 2 or 3 minutes to avoid spiking nitrogen levels. Goldfish are also scavengers, and tanks containing Goldfish may not need any other bottom-feeder species.

Like all fish, Goldfish thrive best in a tank that resembles their natural habitat and suits their needs.

A brief overview of natural habitat

Goldfish are descended from wild carp found in the slow-moving and stagnant waters of Siberia. These freshwater fish prefer colder temperatures than most other freshwater aquarium fish, though they can still flourish in warmer waters. Goldfish prefer to live in a social community setting.

Goldfish have a minimum tank requirement of 57 liters (15 gallons), but 75 liters (20 gallons) is better, with an additional 40 liters (10 gallons) for each added fish. A Goldfish’s maximum size depends on the amount of space they have. Goldfish kept in a 57-liter container will only grow to an average of 10 centimeters (4 inches), whereas a Goldfish kept in a large pond may grow up to 45 centimeters (18 inches) long.

Goldfish can be kept in a “fishbowl” type container but this is not an ideal arrangement. The small surface area allows little oxygen exchange and nitrogen levels rise quickly. Though this species can live without temperature control or filtration, they will prosper in a more maintained and suitable environment.

Goldfish are incredibly hardy and can adapt well to a variety of water parameters, though quick changes in conditions may negatively affect them. Goldfish are a freshwater species that prefer colder temperatures. If kept with no other fish species preferring warmer temperatures, water should be kept at a temperature between 18 and 22 degrees Celcius (65 – 72 degrees Fahrenheit). Common Goldfish are one of the most tolerant species, able to withstand temperatures as low as a few degrees above freezing as long as temperatures drop slowly. If you live in a cold climate and have an outdoor fish pond, you may want to invest in a heater.

Water filtration is not necessary for Goldfish but is beneficial due to the larger-than-average amounts of waste Goldfish produce. Internal or external filtration can be used, but external filtration leaves more room for your fish to move around in their tank. Water changes should be performed periodically, more frequently in an aquarium with no filtration.

Goldfish benefit from a gravel substrate and plant decor, but Goldfish are diggers so plants should be firmly secured or artificial; artificial plants made from silk materials are preferable to plastic. Smooth rocks or driftwood may be used, but only sparingly, and all tank decor should be checked for sharp protrusions or edges. Goldfish are not notorious jumpers, but they have been known to jump out of a tank on occasion so a tank cover is generally a good idea.

Goldfish are peaceful and social. They can be kept alone or in groups, but thrive best in a community. This species gets along well with most other fish as long as they are not territorial or aggressive by nature.

Some possible tank mates for Goldfish are:

Goldfish are generally peaceful and social, making them great choices for a community tank of other peaceful fish. Goldfish are active swimmers, spending time in all areas of the water column.

How to Keep Goldfish Healthy

Goldfish are especially hardy but can be susceptible to typical ailments that affect freshwater fish, especially in environments of lower water quality.

When treating an individual fish, best practice calls for removing the fish to a separate “hospital tank” devoid of plants or gravel for treatment. If a disease has affected an entire tank, it is probably best to treat the tank. Read and follow the instructions for any medication or treatment for best results. Take care, as some treatments can destroy beneficial bacteria or otherwise adversely affect water quality. The carbon in your filtration system may absorb some medications, rendering treatment ineffective, and may need to be removed.

Like most aquarium fish, Goldfish are susceptible to ich, a disease caused by protozoa. Symptoms of ich include twitching, rubbing their bodies on various surfaces in the tank, and the appearance of white spots on the body and gills. They usually respond well to medication and heal quickly. Ich can be treated by elevating the tank water temperature to 30 degrees Celsius for 3 days. If that does not work, treat with a copper-based medication.

Swim bladder disease is a common ailment characterized by abnormal swimming patterns and trouble maintaining buoyancy. This can be caused by improper nutrition, overfeeding or constipation, a physical deformity or even an infection. Some cases have been successfully treated by feeding defrosted frozen peas.

Goldfish can be affected by skin flukes and other parasites, fungal infections, and bacterial infections. Know the signs and treatments of common freshwater fish diseases to catch problems early and keep your Goldfish happy and healthy.

Goldfish are especially easy to keep healthy as long as you monitor and maintain your water composition. Perform water changes and test water quality regularly to keep ammonium and nitrite levels in check, and do not overfeed as food waste will cause these levels to spike.

Keep in mind that parasites and bacteria can be introduced by new tankmates as well as live food, plants, and tank decorations.

Common Goldfish breed readily and easily; you are more likely to have problems with overpopulation than lack of breeding. This species can breed in groups as small as 5 individuals, but their social nature makes bigger groups more successful. In outdoor environments, Goldfish typically spawn in the spring.

In an aquarium, provide at least 75 liters (20 gallons) of space and lush, bushy plants with solid surfaces perfect for eggs to adhere to. Anacharis works well in Goldfish breeding tanks, as well as artificial plants or spawning mops.

Spawning can be induced by mimicking spring-like conditions: dropping the temperature to 11 degrees Celcius (60 degrees Fahrenheit) and then slowly warming over several days. During this time males will chase females around the tank in a non-aggressive way and their coloration will deepen. Eventually, males will push females into the plants, encouraging them to drop their eggs so the males can fertilize them. The eggs adhere to the plant surfaces via sticky threads. Adult fish will eat eggs, so it is best to remove parents immediately after spawning is complete.

Fertilized eggs will hatch in 4 to 7 days, depending on temperature. Resulting fry will be dark brown or black; their coloration enables them to more easily hide from predators. Fry gain adult coloration after a few months and can be introduced to larger fish when they reach 2-3 centimeters (1 inch) in length.

Is a Goldfish right for you?

A Goldfish’s peaceful nature and hardy physique make them fantastic additions to any community freshwater tank. They are extremely easy to care for, tolerating a wide variety of freshwater conditions and environments. Goldfish are the perfect choice for a beginner aquarist or someone seeking a low-maintenance fish.

Why is My Goldfish Swimming Sideways?

How Big Can Goldfish Get? 8 Common Types

To be healthy, goldfish need to be eating a nutrient diverse diet. This can be tricky if you only feed your fish one type of pellets. You may wonder if “human food” is an acceptable alternative...