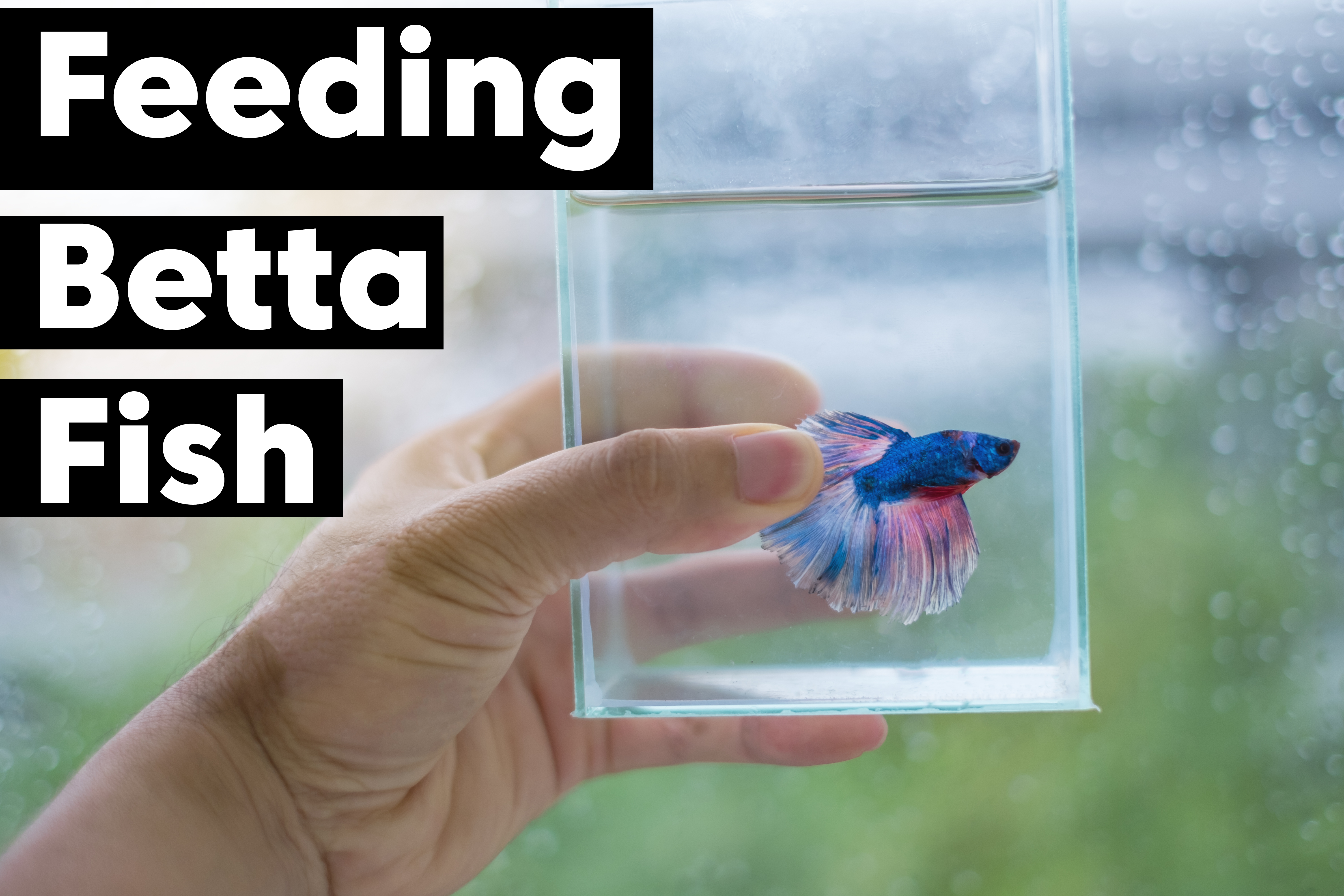 As with any type of fish, it’s crucial that you know exactly how much you should feed a Betta fish

, and also importantly, how much you should feed your own Betta fish, as individual fish can be different, depending on their age, health, plus several other considerations.

But there’s a lot more to the question of how much should you feed a Betta fish, than simply telling you literally how much. It’s quite an in-depth subject, which has a lot more to consider the most people realize

So let’s take a look in detail at exactly how much you should feed Betta fish, depending on all the considerations we will cover to give you to get a better picture, and therefore have happier and healthier Betta fish.

There Are Several Considerations To The Question

Just asking the question about how much to feed Betta fish, is like asking how long a piece of string is.

The first thing to remember is that every fish is different. Its age, size, health, agility, tank mates, surroundings, and stress levels, all of those things will factor into its appetite.

Let’s break this down, into the different considerations you have to take into account, around what on the surface looks like a basic question:

So let’s take a look in detail at all these questions so that you can really get to grips with offering your Betta fish the best possible diet for it to thrive on.

Mimicking The Betta Fish Diet From The Wild

The best way to feed your Betta fish, so that it gets everything it needs, rather than just considering how much you should feed Betta fish, is to look at the diet it gets in the wild, and mimic it as closely as possible.

At its most basic level, the Betta fish should always have a diet that is high in protein. It’s a carnivorous fish that eats things like insects that have fallen into the water, and aquatic worms. This should also tell you that they are grazing fish. They eat small amounts.

It’s also important to understand that a Betta fish cannot survive on a vegetarian diet. Plant roots and vegetables, or vegetable derivative fish flakes, are not enough to sustain them as healthy fish for the long term. So you have to find a way of making protein the majority of your diet.

Let’s take a look at the specific nutritional requirements that a Betta fish needs:

The key point here is protein. The Siamese fighting fish is well named, and as you may have already discovered if you didn’t research in advance, it will try and attack other fish in the aquarium. It does this out of threat rather than hunger, but it should give you an idea of what diet it would prefer.

The Types Of Food You Should Feed A Betta Fish

So now we understand a bit more about the basics of nutrition that will help a Betta fish to grow and thrive, let’s take a look in detail at the exact types of food that are available to you, that you can feed Betta fish with, without you running around trying to catch things to mimic its natural environment.

The golden rule is to not just think of it like a fish, which is what unfortunately some people do. You can’t just throw goldfish food, those little pellets you can buy almost anywhere, into a tank with a Betta fish in it, and expect it to survive. It needs protein.

You also need fibrous foods, because they aid digestion. So in terms of the basic supplies of food, you should be considering, the following as the core fresh foods to use:

In terms of fruit flies, you can either give them wingless fruit flies, or what is known as daphnia, which is basically just live fruit flies. A golden tip to stop them from infesting your property and actually being eaten is to put them in the freezer before putting them in the tank, as this will slow them down considerably.

There are also frozen foods that you should consider giving your Betta fish as well:

Some people give their Betta fish beef heart frozen. You should not give Betta fish very much beef heart because the oils it can release after freezing and then melting, and can pollute tank water.

The other food you can feed Betta fish is freeze-dried fruit, plus vegetables. But most Betta fish owners tend to stay away from freeze-dried flakes and pellets, or only feed them very occasionally.

How Much…And How Often To Feed A Betta Fish?

An average Betta fish consumes about 1.8 g of food per day. But it does this over two or three grazing sessions.

The golden rule that experienced Betta fish owners stick to is that should not feed it a volume of food that is larger than the size of its eyeball in each session. This is because a Betta fish eye is approximately the same size as a Betta fish stomach, so there is a practical reason for this visual measure.

If you are going to feed blood worms or pellets, then you really only need to give your fish three per feeding session. That doesn’t sound much, but it will fill the stomach.

Some of it will be trial and error. You will learn how much you should feed Betta fish by watching how much your fish consumes, and how much it leaves. But ideally, the feeding and just under the capacity of their stomach, twice per day, or three times a day if your volume of food does not exceed that.

Another important consideration is how much time should you give your Betta fish to consume the food you give it. Well, the recommendation is to watch your fish feed for two minutes. That will tell you how much it really wants to consume

Likewise, if your Betta fish consumes everything you give it well within two minutes, then increase the amount slightly, but not so much that they leave food past two minutes.

How Many Times Per Day Do I Feed A Betta Fish?

Most adult Betta fish are happy if you feed them twice per day, with the times evenly spaced out, usually mid-morning, and then early evening.

However, for younger fish, and if you are intending to feed smaller portions, it can be helpful to feed them three times per day.

You should also feed your fish at the same times each day, as a routine helps their body rhythm, and reduces the risk of them becoming constipated.

Once you have understood how much you can feed your Betta fish, you will also be better placed to watch for changes that could point to a problem. You should also be very careful about the volume feed and monitor it closely because overfeeding can cause a serious condition called swim bladder disorder.

Okay, so now we’ve covered the basics around what to feed Betta fish, how often, and some rules around when and how. Let’s now finish by telling you the exact steps to establish a routine.

Why Betta Fish Bowls are Cruel