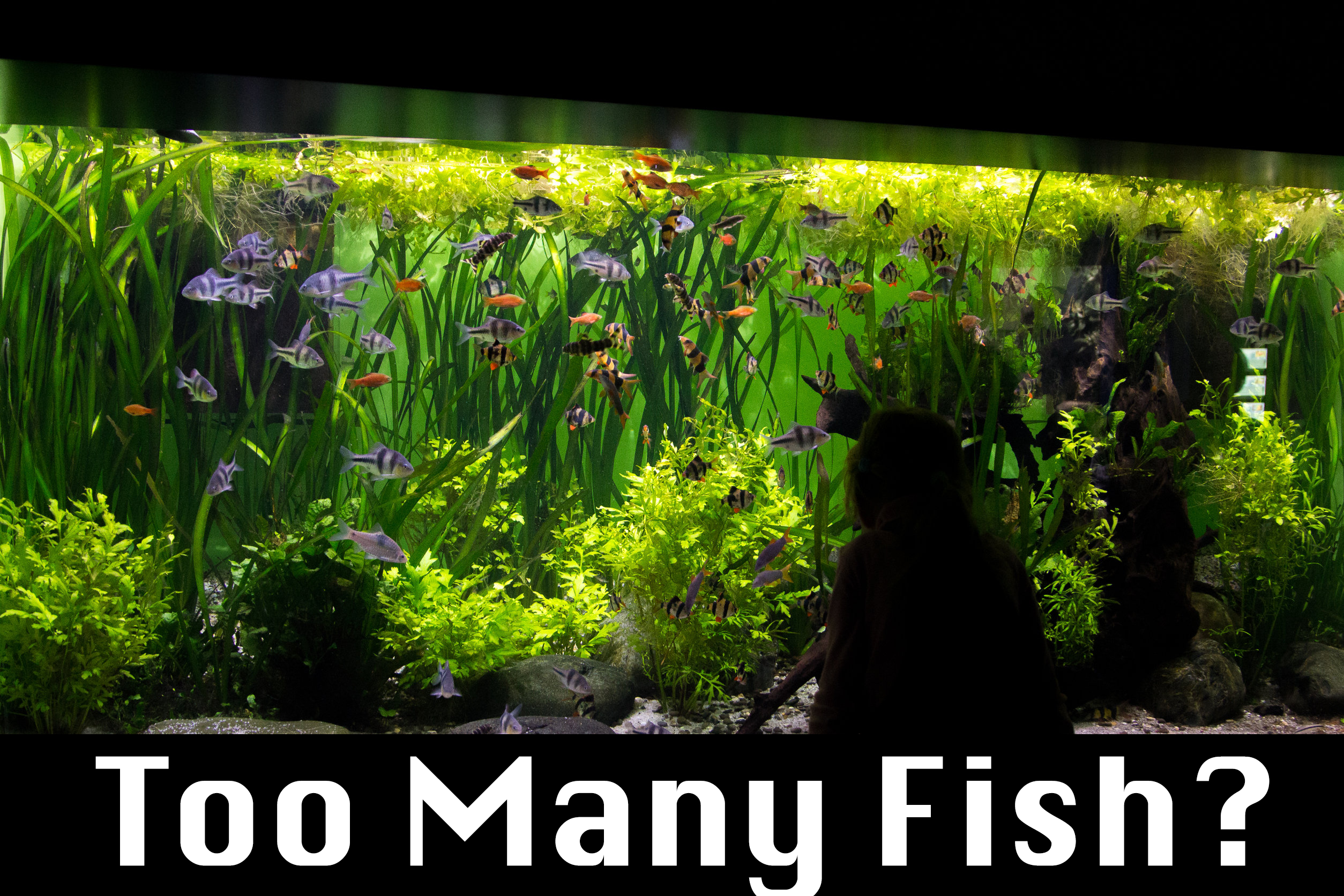 Once you have purchased your aquarium and all of the equipment, it can be really tempting to fully stock it with fish all at once. Unfortunately, if you’re trying to establish a community tank, dumping all of your fish in at once can be a disaster. Even when you shell out for a top-notch tank, filter, and equipment, the natural bacteria colony needs to establish. This takes some time, in a process referred to as ‘cycling’. Usually, an aquarium is cycled prior to adding any fish to the tank, so that they are protected from the natural fluctuations which happen during this process. Even when adding to an established community aquarium, you will need to consider the added strain on your existing bacteria. No matter where you are in your aquarium establishing process, you are likely going to wonder how often you can add fish to your aquarium.

Generally, you should wait two weeks in between adding fish to your aquarium. This is a good amount of time for several reasons. It gives your filter time to absorb the new, increased bioload and also gives you a good time window to observe the chemical levels for fluctuations. It also is the typical amount of time for you to recognize symptoms of any potential health issues or diseases in your new fish. If you are seeing some illnesses in your fish, two weeks is also plenty of time to diagnose and treat those issues before adding more fish.

Of course, there are always exceptions to these guidelines and they are only advisory. If you are establishing a brand new tank, you will have to wait longer to get a stable chemical balance than you would if you were adding fish to a more mature tank. That being said, there are some things you can do when introducing new fish to your tank- at any stage- that can make the transition easier.

Cycling refers to establishing a nitrogen cycle in a tank. This is a natural process that involves establishing a colony of good bacteria that will break down harmful chemicals produced by fish waste and lead to a balanced, healthy ecosystem. It sounds pretty complex, but the nitrogen cycle can be broken down into three main chemicals that can be measured to get an idea of your tank’s health: Ammonia, Nitrites, and Nitrates. When your fish produce waste or food and plant matter begins to break down in your tank water, a chemical called ammonia is produced. This chemical is dangerous for your fish, but nature has produced a bacteria that will eat ammonia and break it down. Once that bacteria starts to flourish in your tank, it will release a chemical of its own: nitrite.  Nitrites are also very bad for your fish, and once again nature has developed a different bacteria to break down nitrites. Once that second bacteria starts to get established, your nitrite levels will fall and you will see a rise in a third chemical: nitrates. Nitrates are not harmful to your fish at low levels. When they start to get high, it’s time to do a partial water change on your fish tank. These different bacterial colonies keep these chemicals in check, and it’s important to establish this bacteria before you add fish.

There are two ways to cycle a tank: without fish, and with fish. There is a risk of cycling a new tank with fish in it, and it’s recommended for experienced fish keepers only. For a fishless cycle, you will need to set up your tank with all of the accompanying filters, substrates, heaters, and water. Adding a water conditioner will remove chlorine from the water and make it hospitable to bacteria. Use an aquarium test kit to ensure the pH is above 7, then add some Ammonia (available at fish supply stores) to jump-start the cycle. The amount of Ammonia needed to establish your nitrogen cycle will vary depending on the size of your fish tank, but a rule of thumb is 2 ppm (parts per million) for tanks under 40 gallons, and 4 ppm for tanks over 40 gallons. Read the instructions carefully in order to add the correct amount. You will then need to wait for the cycle to begin- or for the first batch of bacteria to appear. Check your water daily with a test kit to see if the nitrite levels have begun to rise. You will have to keep “feeding” your tank small doses of ammonia until the nitrite levels drop and the nitrate levels rise. The tank is finished cycling when you can add a dose of ammonia to the tank and have both ammonia and Nitrite levels at 0 within 24 hours. Once this is established, you are ready to start adding fish!

Adding Fish to a New Tank

The number of fish you add to a newly established tank will depend on how big they are. If you are introducing small fish, such as tetras, you can safely introduce several at a time. However, larger fish that produce more waste is going to definitely increase the bioload, so you will want to add them one at a time.

It’s a good idea to start with the hardiest fish to give your aquarium more time to establish before you add particularly sensitive fish. In a saltwater aquarium, it can be good to start with the ‘clean up crew’ like snails or crabs.

Another thing to consider when adding fish to the tank is whether you will be stocking any potentially aggressive or territorial fish. It would be best to add these fish last so that they aren’t defending an established territory when you go to add new fish.

Adding Fish to an Established Tank

When adding fish to an established aquarium, you will want to make sure that the tank is properly cycling so that the additional bioload will not overwhelm your filter. You will also want to check with your fish supply store that your new addition will be compatible with your existing fish community. Once you are ready to add the fish, give your existing fish feeding so that they are less interested in the newcomer. It can also help to make sure there are plenty of hiding places for the new fish to seek cover if it is overwhelmed.

As with a new tank, the number of fish that you can add at a time is completely dependent on the size of the fish and your tank. Some recommend that you should always introduce multiple new fish at the same time to prevent bullying. Some smaller schooling fish, like tetras, are sensitive to water fluctuations and should be added later to an established tank. Since they are schooling, they prefer to be transferred in groups of 5 or more to make the transition less stressful. This will likely not overload the filter because they are so small, but larger schooling fish might be too much. When in doubt, it’s best to go slowly and try to add at least two fish at a time.

When to Stop Adding Fish

It probably won’t come as a surprise to a fish enthusiast that often the hardest part of stocking a tank is knowing when to stop. In order to keep the chemical levels in the aquarium water nice and balanced, it’s important to not overstock the fish tank. The rule of thumb is to have 10 gallons per 1” of fish, but that is not always a good indicator. For example, some fish are small but very active and benefit from more space. Also, some fish produce a lot more waste than others, and will quickly push your filter to its limit in terms of the bioload. The best way to figure out when your fish tank is full is a combination of common sense and water testing. If it becomes difficult to keep the ammonia and nitrite levels stable, you probably have too many fish. Since it can be harder to let go of a fish than add a new one, always go slowly and try not to impulse buy.

Adding fish to an aquarium is an exciting experience, and it can be easy to add too many at once. The rule of thumb is to wait two weeks in between adding fish to your aquarium. This will give time for your filter to adjust to any new bioload, and give time for you to observe your new fish for disease or other red flags. The recommendations for numbers of new fish to add per session can vary depending on the size of the fish as well as your tank, and whether or not it already has an established community of fish. A lot of times in these instances you will have to rely on your own observations to make the right decision. Once you get into a rhythm with adding new fish, it’s important to make sure you don’t overstock your tank.

A Beginners Guide to Aquascaping

How much Gravel for an Aquarium?