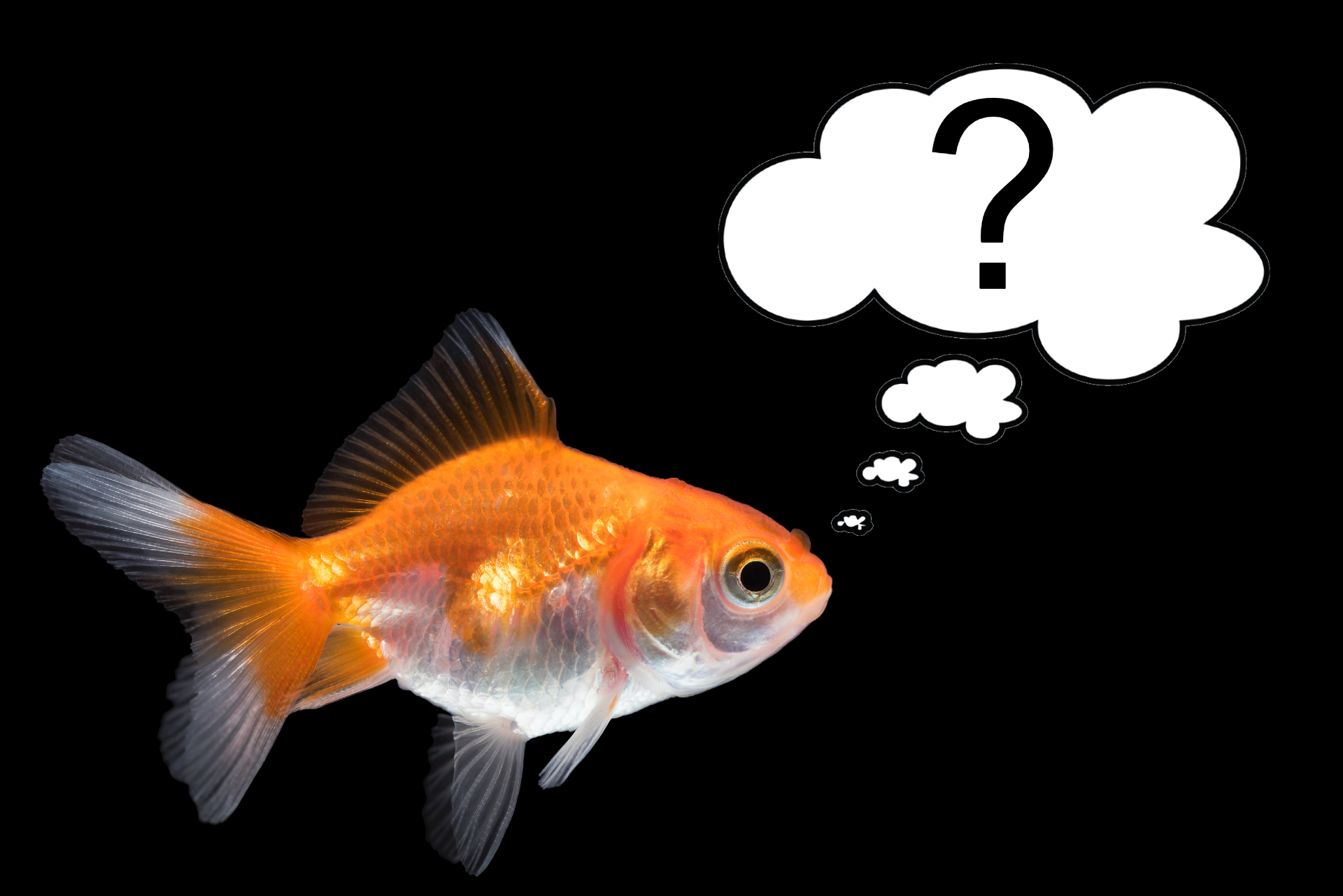 As an avid fish lover and keeper, I have been prone to believing that Goldfish and other fish in general, have a 3-second memory. It is what we have been told for the longest time. If you are nodding your head in agreement right now at the 3-second memory fact, how would you feel if I told you that we have both been wrong all along? An interesting article posted by the Telegraph in 2009 (yes, I know this is a pretty old article) says that the 3-second fish memory myth has been debunked. And I couldn’t help but wonder why I have not heard about it until now! I decided to do a little digging and see what I could find out about fish and their memory capacity. I was certainly surprised by what I discovered.

Do fish have memory? Yes, fish do have memory and it is longer than just 3 seconds as previously believed. The memory capacity of a fish depends on the species. Scientists have found that some Goldfish have a memory that lasts up to 3 months. The Crimson-Spotted Rainbow Fish has a memory capacity of 11 months, while other species can remember for up to 5 months.

I found these stats both interesting and incredible. I wanted to learn more about the memory capacity of the fish that are commonly kept in home aquariums – mine included. The stats raise a lot of questions that need to be answered. Do fish recognize their owners? Does a fish’s memory help it to learn strategies and tricks for rewards? How can you tell if your fish remembers things? Can a fish be trained? If you would like to know the answers to these questions, keep reading. Everything you need to know about fish memory is below.

How Do We Know That Fish Have Memory Capacity?

It is easy for someone to say “yes, a fish has memory”, but how is that proven? For the naysayers, there needs to be more to go on. I wanted to know if there is any indisputable evidence to prove that this is in fact true. The answer is yes, there is indisputable evidence made available to support the claims that fish have memory. Scientists have done extensive tests and studies to uncover the truth about the memory and thinking capacity of fish – and as you might have guessed; these tests have taken a considerable amount of time and effort. The results are hard to disagree with. There are two incidents that caught my eye when researching this topic that is worthy of sharing with other fish keepers.

Other studies that you might find interesting to read are the following:

Do Fish Recognize Their Owners?

When Culum Brown released his findings on the memory capacity of Crimson-Spotted Rainbow Fish, he actually said that the cognitive capacity of fish is much like that of other land animals and in some instances, even better. That is food for thought, isn’t it? Fish can probably remember better than some of the other animals we encounter on a regular basis on land. Due to this fact, some fishkeepers want to know if their fish can recognize them or differentiate them from other humans. Can a fish recognize its owner? Yes, fish can recognize their owners. We know this from research studies carried out with Archer fish by Australia’s University of Queensland and the UK’s University of Oxford. The results of this study were published in the Scientific Reports publication. During this study, it was found that such a fish can tell a familiar face from an unfamiliar one.

The Study That Proves Fish May Recognize Their Owners Explained

To understand how the study worked, you need to know a little more about the Archerfish. This fish usually spits a stream of water out of its mouth to make a selection. In most instances, it is used to knock prey off sticks and debris in the water, so that they can make a meal of it. In the study, scientists trained fish to select an image by spitting at it. When the Archerfish spat at a particular picture, they were rewarded with a treat.  Some fish started spitting at the “reward” image in just a few days (less than 90 trials) whereas others took up to two weeks to learn which image was “familiar”. Then there were 44 more images added to the compilation and presented to the fish. The fish were able to select the “familiar” image with 81% accuracy.

So, the next time you see your Goldfish or Guppy begging for food at the surface when you enter the room, it probably recognizes you as its food-giver. Much the same, if you have an Archerfish that keeps spitting at you with accuracy, you can assume that it recognizes you.

Can A Fish Be Trained? | Can You Teach A Fish To Remember Tricks?

If you are wondering if you can train your own fish, the simple answer is yes. It is going to be a bit tricky if you have a crowded community tank, but if you have just a few fish or a lone fish, chances are that you can get it right. From what I have heard, Goldfish, Bettas (especially lone male Betta fish), and Oscar fish are the easiest species to train to remember tricks or behavior patterns.

Create the obstacle course with decorative items inside the tank. Do not make it too complex to begin with. The easiest option is to include a hoop or arch on opposite sides of the tank and a plant in the middle. You can teach your fish to swim through the hoops and do a circle around the plant.

You need to lure your fish through the pattern that you want it to follow. Stick a treat onto the end of a toothpick or skewer and get the attention of your fish with it. Lead it around the course slowly and reward it with a treat once the course is complete. You will need to have a high level of repetition until your fish makes the connection between following the pattern and getting the reward.

Ensure that you reward your fish every time it completes the course correctly. Soon you will notice the fish following the course pattern when you are in the room, in hopes of a treat.

It really is as simple as that. Training a fish is not particularly difficult but it might just take a bit of trial and error until the fish understands that it will need to do a bit of work to get what it wants. It is much like training a dog!

It is an undeniable fact that some fish have memory. It appears from the research done that certain fish species have a better memory capacity than others. It also is not clear if all species of fish have memory. More extensive studies would need to be done to ascertain if all fish have memory and to what extent. One thing is for sure though, the next time you are wondering if your Goldfish, Guppy, or Betta fish remembers who you are and what your function in its life is, you can assume that it most certainly does.

Do Fish Have Personalities?

Do Fish Sleep Upside Down?