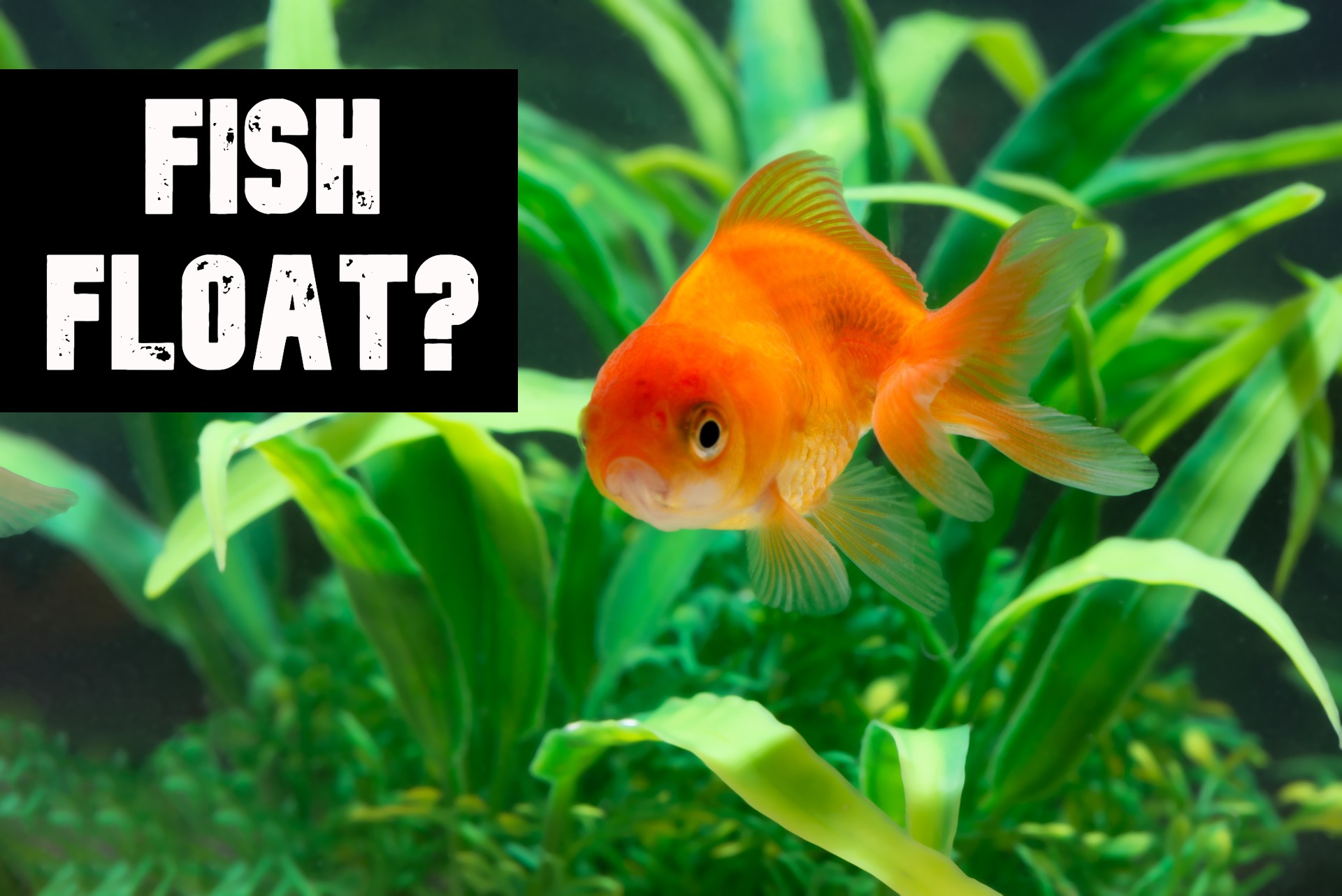 The death of a fishy friend can be tragic, but worse than that is not knowing if they’ve actually passed on or not. Many determine whether or not their fish is dead by if it is floating or not. But how accurate is that reasoning?

When a fish dies its body’s buoyancy is no longer regulated. The gases inside a deceased fish’s swim bladder will flip the body over and then sink to the bottom of the tank. Over time, the process of decomposition will cause the fish’s body to rise to the surface of the water.

If you wait for your fishy friend to float before you declare them deceased you may wind up with a foul-smelling tank. Here you will learn what really happens when a fish dies and what causes them to float.

Although not 100% of the time, most fish sink when they die. But on occasion, a fish will float immediately after death. So what causes that to happen?

There are lots of reasons a deceased fish will float a few of them being: a swim bladder irritation, bacterial infection, low density, or an effect of the filter.

If you have recently lost a fishy friend who floated to the surface, it may be important to identify what caused their death in order to prevent any other fish from passing on.

The swim bladder is an important part of the fish’s design. Because most fish have neutral buoyancy they use their swim bladders to regulate their depth in the water.

What is really incredible about this organ is that it regulates the entire process without any thought required from the fish.

Because this organ is so important, any irritation can seriously affect the fish’s health. This is often referred to as Swim Bladder Disease (although it is technically not a disease but rather a symptom of another illness).

If your fish is suffering from Swim Bladder Disease resulting from one of these issues, the bladder may swell with air raising the fish in the water as they die.

Learn more about this issue here: Here’s Why Your Goldfish is Swimming Sideways.

Bacterial Infections make the fish sick, but also can produce gas. As the bacteria spread, it produces “exhaust” just like you and I exhale carbon dioxide as we breathe.

These excess gases fill the fish causing the body to float immediately after death. Infections like this could also cause the body to sink soon after floating, a topic that will be explained later on.

Most fish have a density slightly greater than water. This keeps them from floating to the surface or sinking to the bottom uncontrollably. This process is further regulated by the swim bladder (read more about this above).

However, some fish are less dense than others. Because of their lower density, some fish will float at or just below the surface after death.

There is no illness to worry about, just a difference in body makeup from other fish breeds.

Effect of the Filter

Once again, your fish floating after death may not be related to an illness. Instead, it could just be a result of the environment.

Most fish tanks, if not all, have some sort of filtration system. These filtration systems put off some form of current. Whether the current is subtle or more intense, it could be a factor in the location of your fish’s body after death.

If your filter’s intake valve is near the surface, the fish may only appear to be floating when they are actually just stuck in the current.

What Happens When a Fish Dies

Because fish are aquatic animals, they undergo an interesting decomposition process.

When a fish dies it will initially sink to the bottom. Here they are subject to becoming a predator’s meal. If the fish evades becoming prey, it will undergo the decomposition process.

As the fish begins to decompose their body fills with gases such as carbon dioxide causing them to float to the surface of the water. This process could take anywhere from a few days to two weeks depending on the temperature of the water. Warmer water will expedite decomposing leading to faster floating.

Once the fish has sat on the surface for some time, it may release the gases trapped inside of it causing it to sink back down to the bottom. They will either remain there until a predator picks them or until they finish decomposing.

In aquariums, there are rarely predators to aid in this natural “cleansing” process. Instead, you will need to quickly remove the fish. The longer they remain in the water the more likely your other fish will catch the illness that killed your fish.

Another reason to remove your deceased fish quickly is that their decomposing bodies could harm any living fish. Fish are extremely sensitive to ammonia levels in their environment. A decomposing fish releases ammonia–as well as other harmful gases–that could kill your other fish.

One thing to keep in mind before removing any dead fish from the tank is to be sure they are actually dead!

Closely examine the fish for any gill, fin, or eye movement before giving up all hope for recovery.

What to do when a fish dies in your Aquarium

Why do Goldfish die so fast?

Are Fish Tanks good for Anxiety?

Is it Legal to flush Fish down the Toilet?